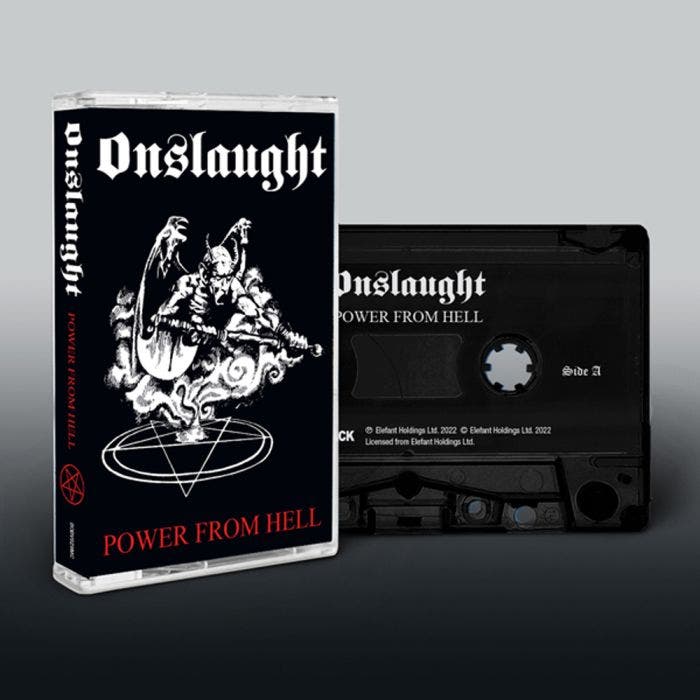 Re-issue of the debut album from one of the greatest black metal bands of all time now on cassette!

In 1984 Jase Stallard and Paul Mahoney joined and The band began to write more Heavy Metal songs than their original punk sound. This was mainly influenced by the early releases of Thrash Metal bands. The output of this was the 1985 release of Power from Hell on the Children of the Revolution record label.

“Power from Hell” came into a time when satanic imagery was labelled "childish Venom worship" and Black Metal was a swear word terrifying musicians labelled as such. Their convincing powerful Black Thrash is as enjoyable in 2007 as it was in 1985 – Every song on this Blackened re-release is Thrash with class!!!

SIDE A
1. Damnation/Onslaught (Power From Hell)
2. Thermonuclear Devastation
3. Skullcrusher I
4. Lord Of Evil
5. Death Metal