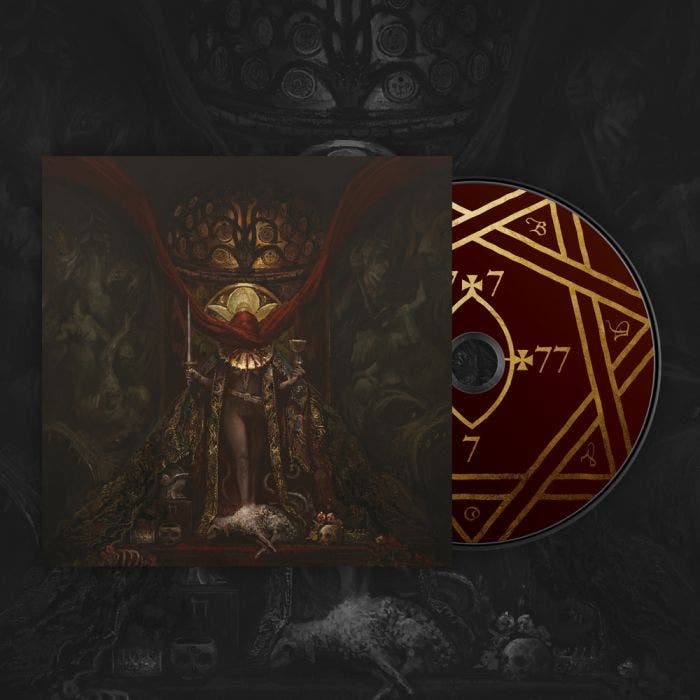 15 years since formation the inimitable cult of Norway's DØDSENGEL ('angel of death') has grown exponentially, reaching its apex on 5th full-length "Bab Al On", a devotional work of idiosyncratic spiritual Black Metal.

Simultaneously more wild and more exacting, more accessible and more obscure than anything the band has previously released, "Bab Al On" is a hypnotic melting pot, a deep trip into the minutiae of Occultism which requires immersive listening to navigate.

Blessed by a production job of crystalline excellence, the album interweaves the raw, corrupted melodies, rhythms and dynamics of formative Black Metal with dramatic, ritualistic passages of plainsong, psychedelic sound design and delicate acoustics, all capped by an astonishing tour-de-force vocal performance from a twisted seer.

Conceptually bound within Thelemic mysticism and centered on the Goddess Babalon, in the words of DØDSENGEL drummer Malach Adonai:

"She is the Gate of Manifestation. Mother and Whore to All. From which we came and unto which we will return…she is associated with incarnation, with flesh and physicality, as well as the highest spiritual aspirations. She is also Babalon the Great, the Harlot of Revelations, who rides upon the Beast in the visions of John, and whom John Dee and Edward Kelly saw in their enochian workings…"