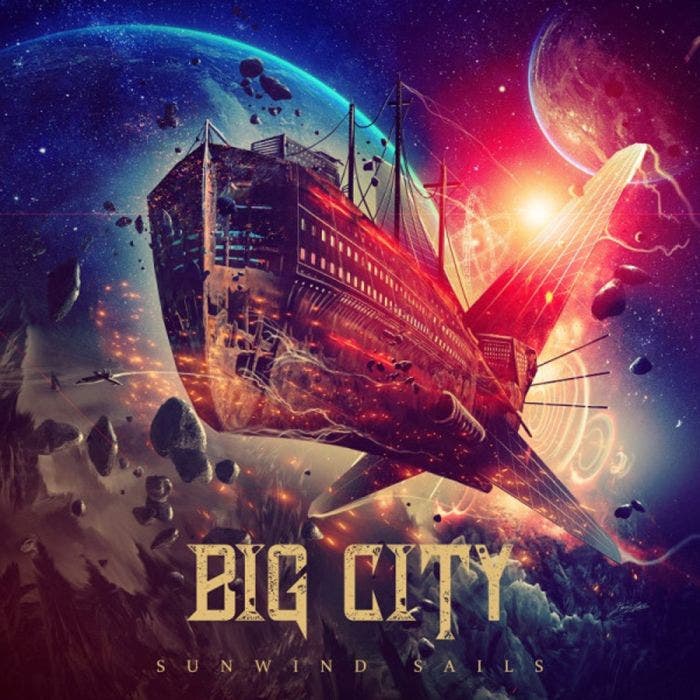 Frontiers Music Srl is excited to announce the upcoming release of Big City's new album, "Sunwind Sails" on January 20, 2023. Hailing from Norway, Big City plays exquisite melodic hard rock with metal influences.
2021's "Testify X" was the first Big City album to feature the band's extremely talented new vocalist, Jørgen Bergersen. Jørgen had cut his teeth in a Europe cover band, which will give you a sense of his vocal style, and quickly impressed when singing original material for Big City. On the band's new album "Sundwind Sails", the band takes the formula they've established on preceding releases and kicks everything up a notch, pushing their sound forward and accentuating their collective talents.
Big City was originally put together by guitarist and songwriter Daniel Olaisen. His plan was to use a vast amount of song ideas and 80's metal influenced guitar riffs that he had stockpiled over the years for a batch of songs with the right players. Frank Ørland, who also played with Daniel in Scariot (prog/thrash/heavy band featuring Communic and Spiral Architect members), was an obvious choice to bring to Big City as the second guitarist. Frank Nordeng Røe (Withem, Maraton, session drummer for Circus Maximus and Leprous) was brought in on drums after being discovered by Daniel via some internet research. The band was then completed with Jan Le Brandt on vocals and Geir Inge Olsen, who was brought in as a session bass player.
The band's debut album, "Wintersleep", was initially released in 2014 and later on re-released by the Greek label Rock of Angels in 2018 as part of a deluxe edition of their second album, "Big City Life". Big City played their very first live shows the same month of the international release, including Norway Rock Festival and Rock the Boat with Miguel Pereira (Withem) joining the band as their new permanent bass player.
In 2019, the band started working on a new album and brought in a new singer, Jørgen Bergersen from Rock the Night (Europe cover band) and the new demos caught the interest of Frontiers who moved swiftly to sign the band. In July 2021, "Testify X" was released and met with a warm reception from the melodic rock community.
Now, the band is prepared to deliver their newest slice of delicious melodic hard rock in the form of "Sunwind Sails", which will surely see their star burning even brighter!